In collaboration with Moritz Mattern 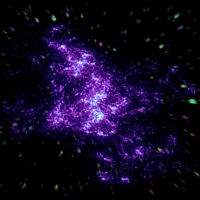 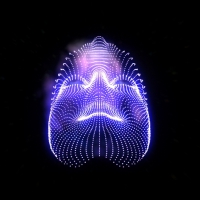 The skies over St. Petersburg dynamically gather into a portrait of the founder of the Pulkovo Observatory Friedrich Georg Wilhelm von Struve, who announces with the voice of the artist, that he is himself Knowledge, which has become possible thanks to participance of different types of views in the assembly of the simulation of the space.

Struve recommends to urgently get involved with astronomy in order to sence the laws (NOMOI) of being of the universe, reads a poem by Vyatcheslav Kupriyanov “With the Naked Eye” in German, or just discusses to the fairy jingling of the stars: “Reflector, refractor, radio telescope, satelites, laser… I was conducting the observation of hundereds of stars with my eyes, do you understand me, I was talking to them, felt myself as if I was one of them, nowadays indeed called that way: Struve.