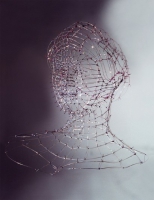 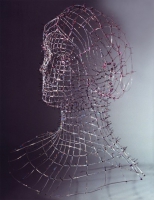 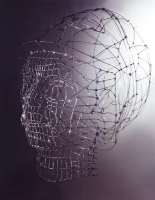 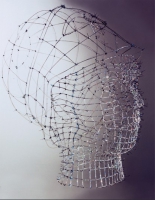 The minimal even number of female portraits, two, and the minimal odd number of male portraits, three, refer to the very specific, namely, philosophical way Greeks were involved with mathematics. With their holographic transparency and floating lightness, the series comments on the many tons of marble sculptures brought together in the Martin-Gropius-Bau. It is not heavy marble that constitutes the nature of Greek culture, but rather a thought.